The US patent application numbered US20180046766 with Novus Paradigm Technologies Corp as the assignee discloses systems and methods for biomedical data tracking and transmission through blockchain technology.

This technology is particularly relevant for secure transmission of biomedical data during disease outbreaks, epidemics and pandemics since accuracy and timeliness is critical to contain the epidemic and the data would be vital for further studies on the epidemic. This technology could be applied to conventional diseases and pathogens as well as those of recent origin such as HIV, Tuberculosis, Zika virus, Flu, Malaria, Dengue, Middle Eastern Respiratory Virus (MERV) etc.

What The Transmitted Data Can Contain?

The data could include data on vital signs, diagnostic test details produced by any lab equipment such as the sequence information of the pathogen, biomarker levels in body fluids, radiology info, clinician’s observations, disease transmission details, contact tracking, immunization details, information on the disease vector etc. and metadata associated with the main data such as the date, time, source of the biomedical data, technical metadata etc.

The figure given below illustrates a layer model involved in the process. 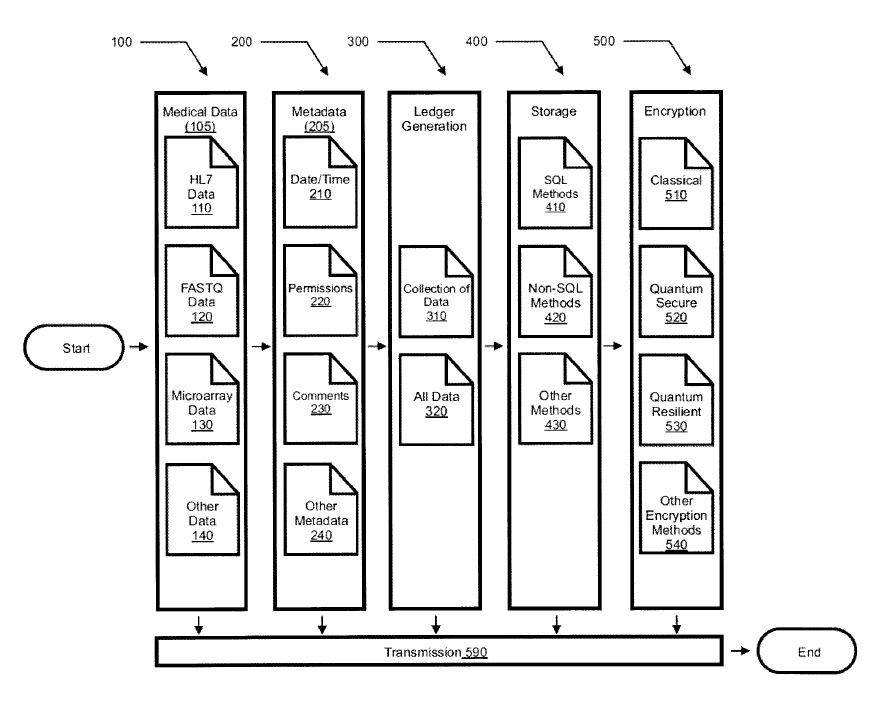 The first step is the acquisition of the data layer (100) where medical data (105) including those produced by any equipments (such as DNA sequencers/ thermal cyclers/ microarrays) that can be electronically stored and transmitted such as Health Level 7 (HL7) data (110), DNA sequence data in formats such as FASTQ format (120), microarray data (130) or other data in formats such as TXT and XML (140) are acquired.

The second step is the metadata processing step where the metadata layer (200) comprising various metadata (205) is processed. The metadata could be those that are automatically produced such as date/time (210) or those that are manually entered by a user such as permissions (220), comments (230) on the raw biomedical data or any other metadata (240). If the data should be kept anonymous, then identification metadata can be omitted.

The next step is the ledger generation step (300) where cryptographic hashing of the biomedical data and the metadata is done. The hashing can be computed for individual data (310) or for all the data (320) put together.

The next step is an optional step of data storage (400) for tracking and auditing of the biomedical data. The data can be stored in a permanent storage device by means of SQL (410) or NoSQL databases (420), temporarily stored in volatile memory or by other methods (430).

Then there is an optional step of encrypting the data in the encryption layer (500) by means of classical methods (510), quantum-safe methods (520), quantum-resilient methods (530) or other encryption methods (540) following which secure transmission (590) of the biomedical data and the metadata to a receiving device can be carried out.

How Data Is Processed After Transmission?

The data secured in blockchain can be transmitted from one device to another either directly or through internet, intranet, cloud services or by other means. The data is transmitted to one or more receiving devices, software or other systems where the data can be just stored or optionally parsed, stored and used for other purposes. The following figure shows the steps involved after transmission of the data: 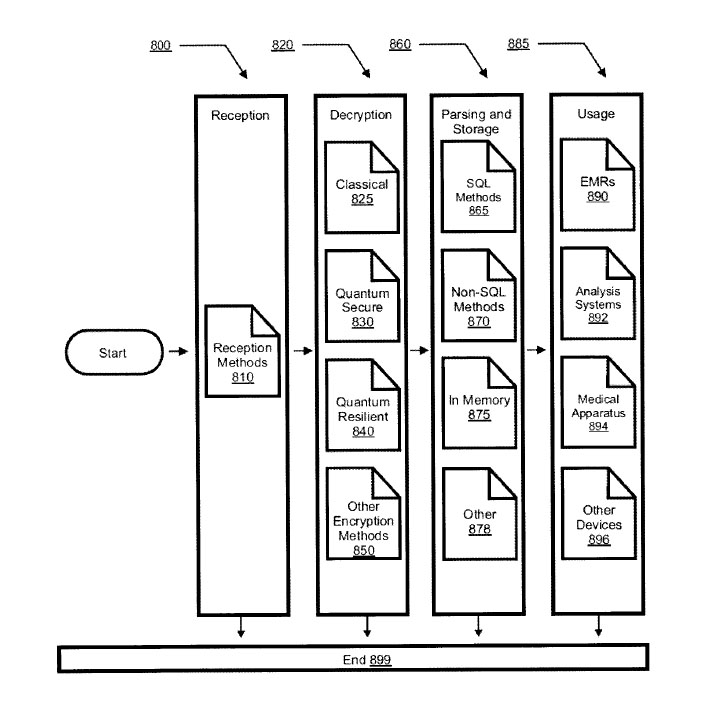 The following figure illustrates a system (930) with a programmable processor and circuitry for the above described method. 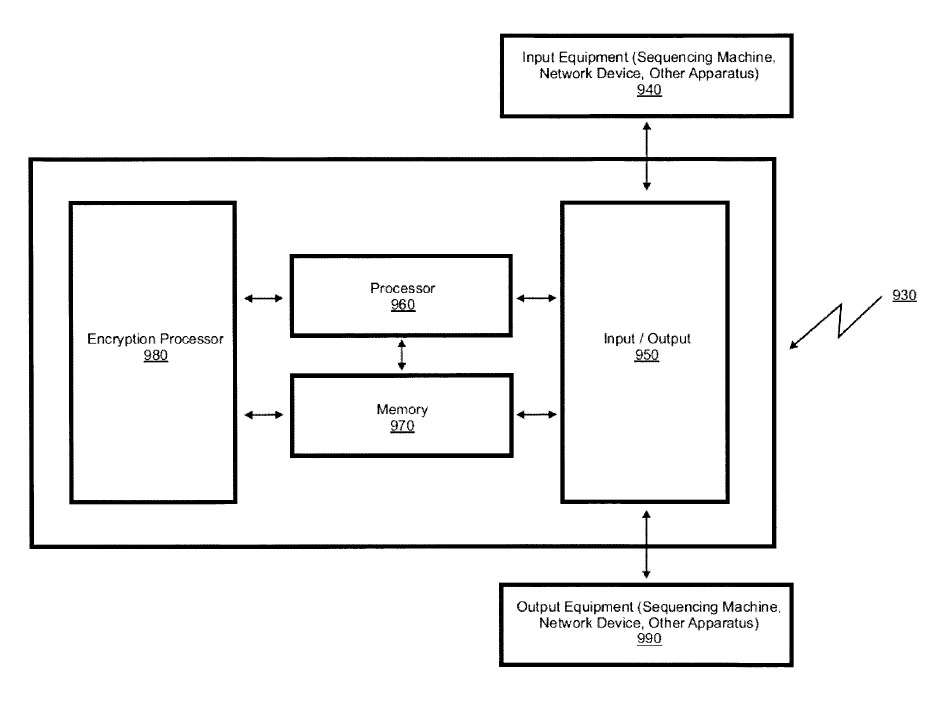 An input equipment (940) such as a sequence machine or a computer sends data to an input module (950) in the system. The data is then sent to a processor module (960) connected to a memory module (970) that performs the steps depicted in the first figure viz. biomedical data acquisition, metadata processing, hash computation for blockchain and optional storage and encryption.

In this embodiment, the encryption is done by an encryption processor module (980). The data is then transmitted through the output module (950) into any suitable receiving device (990) such as sequencing machine, networking device etc.

The Biomedical tracking and transmission technology disclosed herein will be very valuable in terms of emerging new pathogens such as Nipah virus where collective interpretation of accurate medical data at the right time would make a lot of difference in containing the virus outbreak.

Other Article: Blockchain In Healthcare: A Patient-Centered Model by NCBI

More From Us: Blockchain For Healthcare Sector